*** 2 YEARS COMPLEMENTARY MAINTENANCE INCLUDED *** ***Price may not include Market Adjustment or Hawkinson Protection Package*** Current pricing is for Hawkinson Kia PMA (Primary Market Area which includes:Will and Cook Counties residents only. For out of PMA residents please visit our showroom for pricing. If you live out of Illinois the minimum price for any car/truck in stock is MSRP. If interested please call. If not, please call your local dealership. Prices do not include available Military Rebate available through Kia Motors. These rebates are available if qualifications are met. While every attempt has been made to ensure the accuracy of the data displayed, the Dealership is not responsible for any errors or omissions. Due to market conditions, prices are subject to change at any time without notification. Must finance through KMF. If you have any questions regarding our pricing please email [email protected] Snow White Pearl 2023 Kia Seltos Nightfall In Transit AWD 7-Speed Automatic I4 25/30 City/Highway MPG

Model Overview
The Seltos comes with one of two powerplants under its hood. The base engine is a 2.0L 4-cylinder engine making 146 horsepower which is mated to either all-four wheels or just the front wheels via a continuously variable transmission. In front-wheel drive form, the Seltos is capable of 31 mpg in combined city and highway driving with the base engine. The optional engine is a 175 horsepower 1.6L turbocharged unit. It's paired to a dual-clutch transmission, which sends power to all-four wheels. Even with the more powerful engine and all-wheel drive, the Seltos is still rated at 27 mpg in combined city and highway driving.
There are five different trim levels for the Kia Seltos, starting with the LX trim. Standard features include 17-inch alloy wheels, all-wheel drive, automatic projector beam headlights, an 8-inch touch screen with Android Auto and Apple CarPlay, a rearview camera, steering wheel mounted controls for the sound system and cruise control, power door locks and power windows.

The S trim adds heated mirrors, chrome exterior highlights, roof rails, LED daytime running lights and taillights, projector beam foglamps, a leather-wrapped steering wheel and shift knob, a forward collision avoidance assist system, lane departure warning, lane keep assist and lane keep following functions. Interestingly enough, unlike the base LX, the S trim does not come with all-wheel drive, though it can be optioned for an extra cost. The upshot is that the S and the LX trims both cost the exact same amount, so owners who don't necessarily need all-wheel drive can get a ton of options instead for the same low price.

Getting financed with us is fast and fun. Whether you’ve always enjoyed a sterling credit history, are currently working on improving your credit score even more, or this is your first time buying a car, you can count on the friendly experts at Hawkinson Kia to make the whole process transparent and easy to understand. To learn more and get the ball rolling on the right loan for your unique financial situation, call 708-367-6384 or apply online now.

What is the financing process like at Hawkinson Kia?

Easy and relaxed. Our primary goal is your total satisfaction, so we provide you with as much time and expert insight as you need to properly consider all of your loan options. This commitment to friendly, honest, and fair service is truly a breath of fresh air and ensures that you drive away happy, satisfied, and behind the wheel of the vehicle you've always wanted.

What are the steps in the financing process at Hawkinson Kia?

Great question. Securing a competitive loan from Hawkinson Kia takes only three easy steps. First up is to either apply online for pre-approval via our quick and convenient online credit application or call 708-367-6384. From here, one of our financing experts will connect with you to go over the details of your loan offers and ensure that you have everything you need to make a smart and informed decision.

After reviewing your proposed loan terms and consulting with our financial advisors and your trusted personal confidants (friends, family members, etc.), there is only one step left: Finalizing the perfect loan for you via a simple and respectful process. By following these three short steps, you can make the most of the best loan experience here in Matteson.

What is involved in securing an auto loan in Matteson IL?

The answer to this question includes a variety of factors, such as:

People from all around Matteson come to purchase a clean car, truck, or SUV from our used car lot each and every day. Most loans prepared by our team are entirely unique, so the factors that will shape your bank loan will depend on your specific situation, desires, and needs.

Our expert financial professionals are happy to find and present lots of great offers to ensure that you are in complete control and that you are receiving the best deal possible on the loan you need. Our customers make great and informed decisions based on all of their available options thanks to a perfectly transparent process that we take seriously.

Who can I call at Hawkinson Kia to get the financing process started?

Any of our amazing specialists will be more than happy to help you get the ball rolling on your dream car. All you have to do is dial 708-367-6384 when you have a few free moments and you'll soon see that getting approved for a car loan at Hawkinson Kia is quick, easy, and convenient.

Dealer not responsible for typographical errors. Pictures are for illustration purposes only. All vehicles subject to prior sales. See dealer for details. MSRP may not be price at which vehicle is sold. New car prices include applicable manufacturer incentives available to everyone in lieu of special financing. Plus tax, title, license & $324.24 doc fee. Used car prices plus tax, title, license & $324.24 doc fee. Used car MPGs based on EPA estimated city and highway ratings when vehicle was new. Use for comparison purposes only. Your actual mileage will vary depending on driving conditions, how you drive and maintain your vehicle, battery-pack age/condition, and other factors. All prices, specifications and availability subject to change without notice. Contact dealer for most current information. 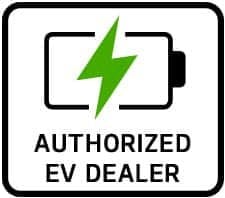